Home / Advice / Children and Adolescent / What is Tocophobia? 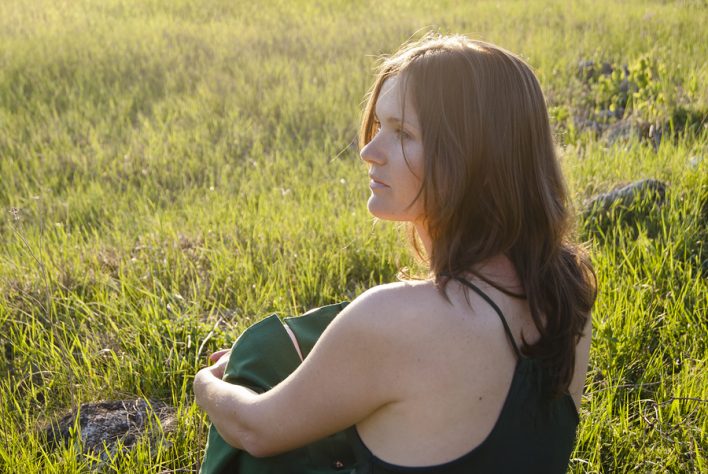 In this piece, MyMind psychotherapist Lorraine Hackett and other experts talk about tocophobia – an extreme fear of childbirth. This article appeared in the Irish Times.

Tocophobia, an extreme fear of childbirth, is surprisingly common and is estimated to affect one in 10 women. It was first identified by Dr Kristina Hofberg in 2000.

Hofberg separates sufferers into two categories: primary tocophobes, who fear childbirth before pregnancy, and secondary ones, whose fear is ignited by traumatic birth. Primary tocophobia can arise from a wide range of reasons, from childhood sexual abuse to exposure to graphic imagery.

Actor Helen Mirren says an educational video shown at school put her off labour for life. “I swear it traumatised me to this day,” she said in an interview in 2007. “I haven’t had children and now I can’t look at anything to do with childbirth. It absolutely disgusts me.”

According to Prof Louise Kenny of University College Cork, secondary tocophobia is “an area that is under-researched and under-resourced in the main”.

A complicating factor in the research is that what is deemed traumatic is completely individual – two women experiencing the same type of birth may view it very differently.

Women also may feel a lot of guilt at saying that despite having a healthy baby she is unhappy at the experience of giving birth “and that’s a huge part of birth trauma”.

What separates tocophobia from the usual anxieties of mothers-to-be is the depth of fear. Some homophobes think they will die; others imagine something unbearable happening.

The most common trait is a fear of vaginal birth, with no corresponding dread of Caesarean sections. However, some women find both prospects equally terrifying. For many, the idea of a baby growing inside them is deeply unsettling.

Other symptoms can be the need to recount the experience over and over without finding closure to a residual feeling of disempowerment, nightmares and crying to a need for anxiety medication, says Lorraine Hackett, a Dublin-based psychotherapist who specialises in birth trauma.

Physically a woman may feel “less than the whole”. The woman may feel her body has failed her and be suffering from an episiotomy or tear, and may suffer consequences such as faecal incontinence or prolapse exacerbated by instrumental delivery.

For secondary tocophobia the woman may have felt disassociated from her body during the birthing experience (a coping mechanism); feel that she is just a vessel for the baby; that the system has taken over and her voice isn’t heard.

Women may have made career choices own their own home but “suddenly are shocked to find they’re in a situation that they don’t have any say in”, says Kenny.

Birth plans, she feels, are “something that women feel they may need to use in order to retain some control of their labour”.

Niamh Healy, of parent support group Cuidiú, says women who feel more involved in decisions made at the time of childbirth, even if they are decisions they hadn’t hoped to make, appear happier with the outcome.

Women can even have what looks like a bad experience yet feel good about it, according to Krysia Lynch of Aims Ireland, the Association for Improvements in the Maternity Services in Ireland.

Maeve O’Connell, a midwife and PhD student who is doing the first study into the prevalence of tocophobia in this country, says that although the majority of women recover from a traumatic birth, a small number will go on to develop post-traumatic stress disorder (PTSD).

There is no data yet to indicate how many women develop tocophobia with most research in this area coming from Scandinavia to date.

Kenny says she sees many women who have had a traumatic birth and who recall things that the doctors and midwives might “brush off as inconsequential”.

Labour is when a woman is at her “most vulnerable” and, as such, it’s very easy for a “casual comment or a very minor or poorly explained or roughly carried out intervention” to trigger a deep trauma, she says.

The results of the 2014 survey by Aims shows that informed consent and refusal remain an issue of concern – 50 per cent of women being provided with the necessary information to assist them in informed decision making.

Women report that consent was “implied as the procedure was being carried out” for instance, or that while they consented they felt that they did not have any choice in doing so.

A Cochrane review last year of 15 trials involving 17,674 women compared midwife-led continuity models of care with other models of care for childbearing women and their infants.

The authors, who included Prof Declan Devane of NUI Galway & Saolta University Health Care Group, found that women who received midwife-led care were less likely to experience intervention and more likely to be satisfied with their care with at least comparable adverse outcomes for women or their infants than women who received other models of care.

One of the key aims of Ireland’s first National Maternity Strategy launched earlier this year is to “ensure that a woman’s choice is facilitated to the greatest extent possible”.

How to deal with tocophobia:

Birth plan: Discuss your birth plan with your doctor as much as possible. Feeling like you have a plan might help ease some of the anxiety about the unknown. Talk about labour and delivery options early in your pregnancy and revisit your birth plan often.

Social support: With or without crippling anxiety, expectant mothers need social support. Now is not the time to hide your feelings for fear of judgment. Maintain open communication with your spouse and other primary sources of support. Ask friends and family members to share positive pregnancy and birth stories. Hearing positive feedback can halt intrusive thoughts.

Guided imagery: Creating a safe space in your mind gives you a place to escape when panic strikes. Get comfortable and use your relaxation breathing to get started. As you close your eyes visualise a calming place (it might be somewhere tropical or a beautiful forest).

Fill your happy place with details as you breathe, and consider introducing a supportive figure in your life (a spouse or close family member). Visualisation takes some practice and requires a quiet environment, but even five minutes per day can help you create a safe space to revisit when the anxiety becomes overwhelming.

Seek help: If classes, relaxation techniques and social support do little to curb your anxiety and panic, seek help. Ask your doctor or make an appointment with a therapist trained in cognitive behavioural therapy who also sees pregnant women. Strategies such as cognitive restructuring (testing the origins of your emotions for validation and replacing intrusive thoughts with positive ones) and exposures can help treat specific phobias, but you will need to seek treatment from a professional.