Depression – a non-medical view of an existential affect 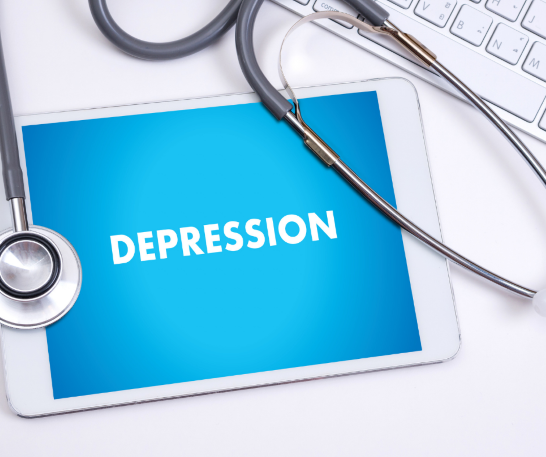 Depression – a non-medical view of an existential affect

When considering the experience of depression there are, as with anxiety, two chief forms – object directed and objectless. The first occurs when, for instance, a person is jilted and retreats to his room, loses his appetite, stops communicating with his friends, feels lousy and doesn’t see the point in anything. In other words, to a new and disturbing reality he acts quite normally. Nevertheless, it should be stated clearly, as with any form of depression, if and when these feelings persist and the person is struggling to function it is vital to seek professional help.

The second is far less coherently understood and is known as ‘objectless depression.’ This is when a person has all of the common traits associated with depression, yet there is no discernible reason for it. It has often been called ‘existential depression,’ and is exhibited through a sense of world-weariness which envelopes the individual. This profound effect influences all aspects of how we see ourselves and others, and points to a deep rooted sense of meaninglessness about life as a whole and our place in it.

We must, however, be cautious not to presume this invasive mood is always wholly negative. Such a form of depression can be a magnet which draws a person towards questioning their life more deeply. And when we ‘question,’ we quest-ion two words which literally mean ‘ongoing search.’ The word ‘existential’ also offers us a hint that something more constructive may be happening. It means to stand out, so this existential mood is really a way of allowing us to stand out from all of our everyday activities, all of the humdrum things we think and say and do, to reach a point of asking Who am I? and What am I doing here?

Considered in this way, objectless depression has the potential to have an insightful dimension to it, offering us a means of exploring ourselves in a unique way and providing us with a perspective unattainable to tweets or chats, texts or emojis. Unfortunately, it is so often misunderstood and so over-medicalised, so pathologised we have come to believe it to be a disease which must be diagnosed and then treated. As a consequence, its latent capacity to act as a guide to our quest-ion-ing selves is lost.

What’s baffling about the medicalised version of objectless depression is that when another person exhibits all of the self-same behaviours as our lovelorn example above but calls it ‘grief,’ we would never imagine him being labelled ‘mentally ill.’ In fact, he would rightly receive sympathy and support, a listening ear and care. Yet, when we find the world a sometimes perplexing, contradictory and difficult place to be we are too often fast tracked onto prescription antidepressants, medical interventions and social alienation.

None of this of course is to suggest that the experience of objectless depression is not real, it most certainly is, but defining it as a disease is both disempowering to the client and dangerous. The hazard emerges that at the point when he or she most needs to feel the metaphorical embrace of others, they are labelled ‘sick,’ ‘abnormal’ or ‘afflicted.’ They are pushed further to the margins, as their affective response is taken as evidence of just how unwell they really are, and not as a greater quest-ion-ing of life. Objectless depression, which has the potential to open a door to our deeper selves becomes merely a disquieting and debilitating disorder.

Griffiths, Paul E. (1997). What Emotions Really Are. Chicago: The University of Chicago Press.

Take on Less and Do More

Subscribe to our newsletter
MyMind is a registered trademark of MyMind CLG. Copyright © 2023 MyMind All rights reserved.