Home / Advice / Bereavement / Loss of a child: How can a parent move forward?

Loss of a child: How can a parent move forward? 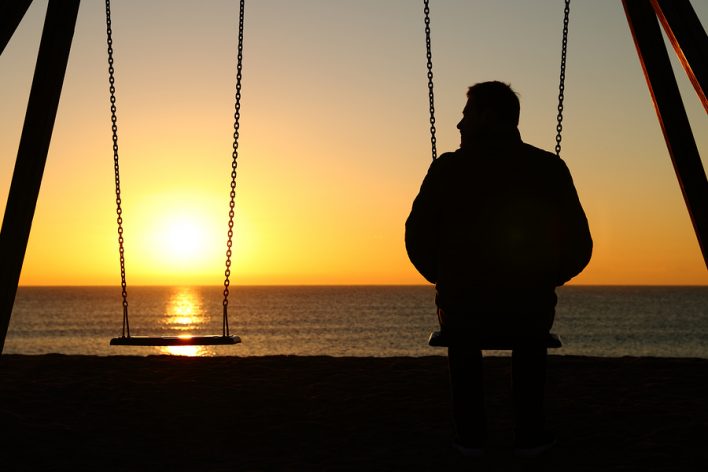 It’s universally understood that the loss of a child, outliving one’s offspring is unnatural, devastating, the worst pain one can endure which leaves bereaved parents feeling a range of emotions from unbearable anger to denial to unfathomable pain. There is no replacing or getting over the loss of the precious soul that has left a family through death but there can be a degree of healing and coping which can be experienced through a variety of mediums. Some turn their pain into poetry…. “To live with a loss so great, After a time of month-long waiting, Would invite such natural rage, That a child, a babe of no age Who was wanted and loved so much could die…” Some look for kindred spirits by connecting with other parents who have lost a child, this can be a powerful support system when one feels like they can’t move forward with their lives. There is no one right way to feel or cope but for times when coping seems impossible grief counselling can offer insightful perspectives in dealing with such terrible loss.

An important distinction defines the loss of a child.  This is whether the death was sudden or as a consequence of a long term illness.

The sudden death of a child will throw a parent into trauma response for a considerable period.  Within this space, it is not our usual coping mechanisms that come into play. Rather it is our crisis response and how we are with a shock that becomes the forefront of our interactions with the world for a period.  It is natural that many people will cease to function as they normally would. Crisis issues like the care of other children, for example, become the work of a support network that needs to be hastily assembled. It needs to be remembered that the support network likely has trauma and grief of their own and within this space, they can become the recipients of a traumatised parent’s transferred anger.  The pain that a parent feels in this situation is so intense that adding in anyone else’s grief or trauma cannot be engaged with. It is infuriating to the parent that someone else enters their grief space because the parent knows that anyone else has the option and the potential to leave this space, whilst the parent is trapped there forever. Even a partner, who arguably occupies the space equally, can be a recipient of this transferred anger as this pain is primal.  It is intense like no other pain. It has a voluminous network of branches and will touch every part of the parent’s physical, emotional and cognitive being. Anyone dealing with or relating to a traumatised grieving parent needs to prepare for anger and needs to remember that the emotions that this parent engages with at this time are initially going to be a response to shock and that this is not even the work of grief yet. Being with a person at this point in their life requires patience, love and consideration.  It can be difficult to feel rejected by someone that we know is going through a hard time. However, being pushed away by a grieving parent must be viewed as a welcome externalisation of some of their trauma. The greatest favour that we can do this person is accepting their anger or pain without allowing our emotional responses to be triggered.

If parents have had time to prepare for a child’s death, it could be argued that they hold an advantage over those who have the shock of a child’s sudden death.  And yet, rationally, we know that this train of thought is fundamentally flawed. We find ourselves, with this thought, imagining that it is somehow easier for a parent to endure a child’s life-limiting condition for a period than it is for them to know their child living a full and free life.  In fact, any advantage that the parent holds by not encountering the same level of trauma as those parents who suffer a child’s sudden death is immediately wiped out by the endurance that the parent has had to suffer, watching their child slip from them slowly. Also, preparation, for death is limited.  We can engage with what will happen in the hours, days and week after the death. However, from a parent with a terminally ill child’s perspective, any further preparation is counter-intuitive. Making plans for after the child is dead involves negotiating their presumption of the effects of grief on their behaviour.  Some grieving parents may find that it might be useful to have one event in the medium-term future that can sit as a beacon of hope. A holiday, for example, or a retreat of some kind from the grind of a daily life subsumed by grief can hold hope that there can be a break from what will be a very difficult time. However, even this response will work for only some people and is very dependant on how the individual reacts to the support structures around them.

Grieving parents can find immediate relief in the passing of their sick child.  Freedom from the suffering of illness, together with the knowledge that their child is no longer in pain means that an immediate effect of the death of a child can be one of near elation.  However, this feeling is temporary and the reprieve that it offers from the magnitude of the grief that is felt by a parent when they lose a child can be viewed as a defence mechanism as the parents attempt to process the awful truth of their child’s passing.  A parent grieving the death of a child who has been sick can feel guilt at the relief that they feel in the immediacy of their child’s death. This guilt is misplaced and a consequence of a social misunderstanding of the trajectory of grief. However in the maelstrom of emotion felt in the initial stages of grief for a parent, guilt is only one misplaced and misidentified feeling.  Talk therapy can really help with these feelings and can also allow the parent some space to deepen their understanding of their emotional journey at this time. Many feelings might seem overwhelming and understanding how they connect to our emotional understanding of self outside of this socially-exclusive and relationally-isolating period can be very helpful.

The people in relationship with a grieving parent may find that these are the moments when our love, friendship and relationship enters an unconditional phase.  We need to only be around this person if you can handle them acting out or expressing anger and pain in what might be an illogical manner. When someone has lost a child, it can be difficult for them to partake in any nurturing relationship.  Therefore being ‘minded’ might be as triggering to them as ‘minding’. The person needs to set their own boundary and if anyone wants to be in relationship with them, they need to accept the boundary as it is laid out.

Lastly, helping the parent to negotiate their new life, in the ‘after’ stage of their child’s life, is not something that anyone other than the grieving parent can fully understand.  What seems logical to another might be ridiculous to the grieving parent and creating further distance between them and the world is very unhelpful. Therefore, whatever we think might help, we need to only make suggestions on behaviour and choice cautiously.  Listen, listen, listen. The grieving parent will tell you what they need and how they need it, even if they don’t do it verbally. We need to listen to them and accept that even if it is not what seems logical, or what we feel would help them most, their ownership of the negotiation of their new life must resonate within their world.  Being told, in any way, that they are ‘wrong’ is going to make their journey even more difficult. The most basic example of this is whether or not the parent wants to speak about their deceased child. No matter how anyone else feels about it, if the parent brings the child’s name up, they are opening negotiations for how they want their child’s memory to be held in the world.  It is not up to anyone else to negotiate this for them. Listen to what the parent says and do what they do. If they are uncomfortable, learn from this and renegotiate the difficulty with them. Their relationship with this issue, like many others, will fluctuate and change over time. Allow them to lead this change. It’s most important to them.

By Lorraine Hackett and Silvia Ribeiro

Loss of a parent: Adults grieving and coping