Nice to meet Me 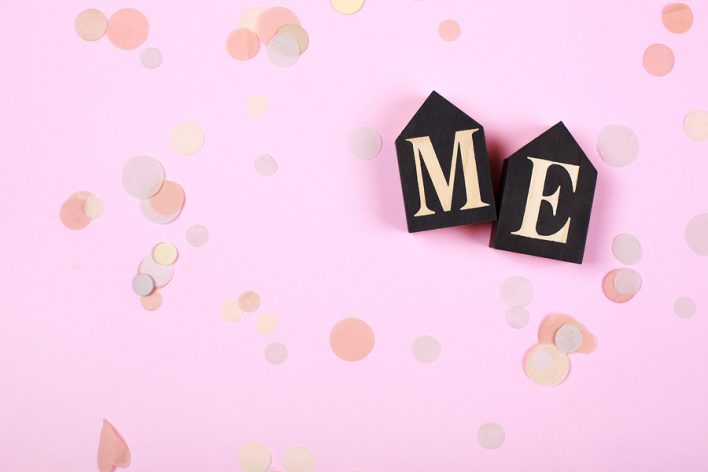 Cork blogger Sarah Cooney shares her experience of counselling at MyMind and her journey to get to really know herself.

This sums up nicely my experience of counselling so far. I have spent the last two years in counselling with a break of six months in between.

During that time, it has felt like I have gotten to know myself properly for the first time.

You see, for most of my life, I had just muddled along, from one chaotic and dramatic life event to the next, trying to preserve what was left of my strength and resilience.

My life was one big drama for a long time, and, for me the most important thing was coping and protecting myself. It was either that or lose every semblance of sanity I had and I wasn’t going to sacrifice that or let anyone get the better of me.

I remember from an early age having an inherent sense of right and wrong. Even when something “fishy” was going on around me, alluded to in front of me, accepted and gotten on with, I knew it was wrong.

I was the child that questioned everything, I often spoke out and called people out on things too. I was known as “the dramatic one” because I was brave enough to speak the truth and people didn’t always appreciate my honesty.

I’m glad I never lost my unfailing honesty and quest for truth because more than anything that is what has helped me the most in this counselling process.

Last year, after 27 long years of hurt, rejection and abuse, I realised I had completely shut down my feelings; to the point where all I was feeling almost nothing but anger.

I was angry at everything and everyone and most of the time, I was angry for no good reason which worried me the most. I’m quite logical and commonsensical so I have a deep need for reasoning and explanation.

At this stage, I was no stranger to Personal Development. I was also very lucky in that nearly always, I had really supportive, caring friends to help me through whatever difficult times I was going through.

I knew for sure this time though, if I was going to move forward with my life, I had to face myself and the emotions I had pushed deep down inside me and counselling was the only way I could do that.

So began my research. I came across many organisations that offer counselling and not having the first clue what type of counselling I would need, I found the process quite daunting.

Then a friend recommended MyMind. Straight away I looked up the website and was delighted to see that each team member had a profile (including a picture) and what they specifically are trained in dealing with. I booked my first appointment and found it an extremely easy process over all!

The first round of Cognitive Behavioural Therapy was just what I needed to get going but in all honesty, it barely scratched the surface, mostly because I felt it best to ease myself in gently.

It was challenging but the relief was immense! The peace that started to seep into my life was refreshing. After 16 weeks, the surface anger had subsided and I felt like I was ‘cured.’ No such luck!

After six months, the anger was creeping back in, plus the really serious issues I had ignored for years now started to rear their ugly heads. Again I knew, counselling was my best option.

Since January of this year, I have been having Gestalt therapy. For me, I find it even more effective than CBT because it encompasses all of me not just my behaviour and it really concentrates on feeling the feelings in the moment which is helping me to reconnect with the emotions I pushed away and ignored for so long.

Counselling is a very individual thing though, so what works really well for one person may not have the same impact for another.

I said earlier that honesty was the thing that has helped me the most. Without being honest with myself, going to therapy would have been futile.

What has also helped me is the support of my nearest and dearest. Even just being asked “How did counselling go?” was a huge support to me. Some days I wouldn’t be able to speak and other days I would be dying to talk about what pattern I had learned that I have.

Self-awareness is very important too, being aware of when you need to give yourself a break or when you need support is something I had to figure out along the way.

I now know that there is no quick fix and that I will probably need counselling on and off for the rest of my days. That’s not daunting to me though as the support is incredible.

Overall my experience has been invaluable. Getting to know “Me” has been tough sometimes but mostly a very pleasurable experience. So if you are ready and considering counselling/Getting to know YOU, my best advice is do it now, don’t waste a minute longer! You won’t regret it, take it from “Me” 😉

An insight into my internship

How to spark your sexual intimacy
How to handle a long-distance relationship during lockdown
5 ways to be kind to yourself this Valentine's day (whether you're single or in a relationship).
Tips on how to recognise and deal with a toxic person

MyMind webinar: Exploring personality, trauma and pathways to maturity
The legacy of trauma and difficult experiences and how therapy might help
The truth about trauma
The path to healing after sexual abuse